Harshad Numbers 112 and 1008 in Siribhuvalaya 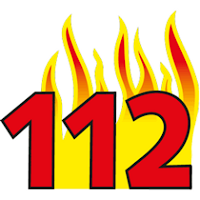 Siribhuvalaya is a universal poetry based on Kannada language. It gives information about abundant mathematical knowledge possessed by Indian sages; thousands of years ago. Siribhuvalaya Sudharthy is the present researcher who have published several books from 30 years of research, which have unveiled inner poetry from original ones. Among them, in the 13th Chapter full poem’s inner traversal reveals the basis of some Harshad numbers.

There is a famous chanting of Indian deities called “Sahasra Naama” meaning 1008 names. Let us see the calculations provided here:

This 9 is claimed as base of mathematics “Navamaanka Ganita” proposed by Sri Kumudendu Muni. Spiritually this 9 is called “Nava Devate” means “new deity” or “Nine deity” in dual sense. This 9 is composed of 4 which is 4 limbs of Dharma and 5 letters viz. Panchaakshara (a, si, aa, u, sa or Om Shivaaya Namah in Naatha Sampradaaya).

This 9 is called protector of lives from death. In macro-cosmic way if you expand this 9 we get 112. From this 112 we get 4 which is base called as Dharma. This added to 5 letters (Pancha Varna, Pancha Swara, Panchaakshari) we get 9. The method of combination of 4 to 5 is the basis of formation of any bodies where the Chaitanya, the supreme energy can enter through. E.g., It becomes Chakras in human body.

Poet humbly prostrates in front of the SiriBhuvalaya poetry which help him discover a new math from ancient times than his.

Now we can observe that 112 is the emergency telephone number in all (around 28) member states of the European Union as well as several other countries of Europe and the world. Emergency number is for protection purpose. It was first standardized in 1972. They have their own reasoning like different digits and low digits advantages for selection of this number. Knowingly or unknowingly the number which was proposed thousands of year ago for protection by Muni, has repeated itself in this Century for the same purpose. This is the importance of Vedic Saankhya Shaastra. Number foretell future or number makes the future. This is not like modern numerology named business!

Jâbir Ibn Hayyân, in his "Book of the Seventy" (Kitâb al-sab'în) attaches a very great importance to the numerical series: 1, 3, 5, 8 and 28. He used them especially to elucidate the principles using in the construction of metals. Each of the four qualities - hot, dry, cold, humid - or elementary "natures" presented, he supposed, four degrees and seven subdivisions, which gives a total of 112 "positions" - 28 x 4.

If you visit numerical websites, you can find mathematical importance of 112 and 1008 separately.

By Knowledge Seeker at September 02, 2016 No comments: